When RADIO service is provided (weekends and national holidays) contact "Letkov RADIO" on 130,610 MHz (changed since 30.3.2017!!!) before entering ATZ. You will be provided with all necessary information for arrival and landing on our airfield.

Outside of operational hours of RADIO service it is necessary to get information about the status of the runway (especially during winter time and during work in progress at the beginning of the RWY 08.)

You should follow the circuit pattern which is described in AIP unless you are instructed otherwise by RADIO. When flying the circuit please do not overfly villages lower than 300 m AGL except when on short final. This restriction is due to noise abatement procedure.

Letkov airfield provides RADIO service in english language with a 48 h notice and only during operational hours of RADIO. We do not provide neither passport control nor customs control for departures and arrivals from non Schengen countries.

If you are interested in putting your plane into our hangar please contact us with 48 h notice due to limited space in the hangar. Price for hangaring is 10 EURO/night. 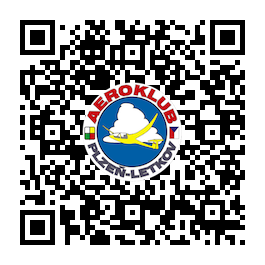 The threshold of RWY 08 is permanently displaced due to work in progress at the beginning of the RWY 08. Please pay attention to construction machines.

Flying in Pilsen has more than 90-year-old tradition. In 1920s the West Bohemia Aeroclub (Zapadocesky Aeroclub - ZA), which had a seat at the aerodrome on the Bory Fields, was founded. In the interwar years this aerodrome was an important centre of flying in then Czechoslovakia. After the occupation of Czechoslovakia in 1939 the aerodrome was seized by German Luftwafe. ZA´s members came back to the aerodrome in 1946 and aeroclub activities were quickly resumed. In 1948 the communist coup d'état came about and the aerodrome was unlawfully occupied by the communist army that soon objected to the glider section, which, therefore, built up with self-help a new aerodrome at the village of Letkov. In 1952 the new aerodrome was finished thanks to all members´ heavy effort and Aeroclub Pilsen-Letkov was founded. The powered flying section continued in its activities at the original aerodrome Bory until 1996, when on the Bory aerodrome began to grow new industrial zone.
At the beginning of the 1960s the flying came under "Svazarm" (an umbrella organization for air and technical sports) and the financing of aeroclubs by the state was considerably cut down. The aeroclub started minor metal-production that helped to solve aeroclub´s financial situation until the collapse of communism. The aeroclub presented itself as a big glider club and its members successfully took part in many national air races. Results all races can be found at page SPORT. Late in the 1970s another period of construction was started. In the course of a few years in successive steps the swimming pool was built, the departure runway was repaired, the service building was thrown out and renovated and new garages have replaced dilapidated shanties. However, the biggest changes came later.
In 1989 the communist regime collapsed and along with it the aforementioned Svazarm ceased to exist. The aeroclub was slowly returning to democratic conditions, however, the sudden change also meant decrease of air activity. But a new phenomenon, which was barely known by that time, appeared. Ultralight aircrafts (ULA). During the second half of the 1990s they experienced a rapid development and as to the number of takes-off and landings they exceeded other planes at the aerodrome. The private ownership of planes, something that was unconceivable before 1989, has become common reality. In 1996 the Bory Aerodrome ceased to exist. Hence, the powered flying section has moved to the aerodrome Letkov too after nearly fifty years. Another airshed has been built and a new control tower has surmounted the roof of the service building. Property conditions of the aerodrome area have been solved with the support of the town of Pilsen. New, mostly private planes, ultralight aircrafts and gliders have found their place in airsheds. The number of flying hours has successfully increased. In the whole aeroclub's long history great stress is laid on the sport. There are several glider republic champions, both in the category of single seater gliders and in the category of two-seater gliders or of motor gliders, among the members of the aeroclub. In recent years we have also achieved many success on international competitions.
At present the aeroclub has approximately 150 members (more than 80 members are the actively flying ones). The ULA´s Club has over 70 members. In the airsheds there are six power aeroplanes, five ultralight aircrafts and more than twenty gliders. Our flying schools offer pilot training of gliders, of ULAs as well as of power aeroplanes. The runway is currently being modified for the needs of the present air traffic.
In summer months the aeroclub's air traffic services are available nearly every day, glider pilots use every favourable day for cross-country flights, and flying schools train their learners. Our pilots are usually in ranking places in the National Glider Race as well. 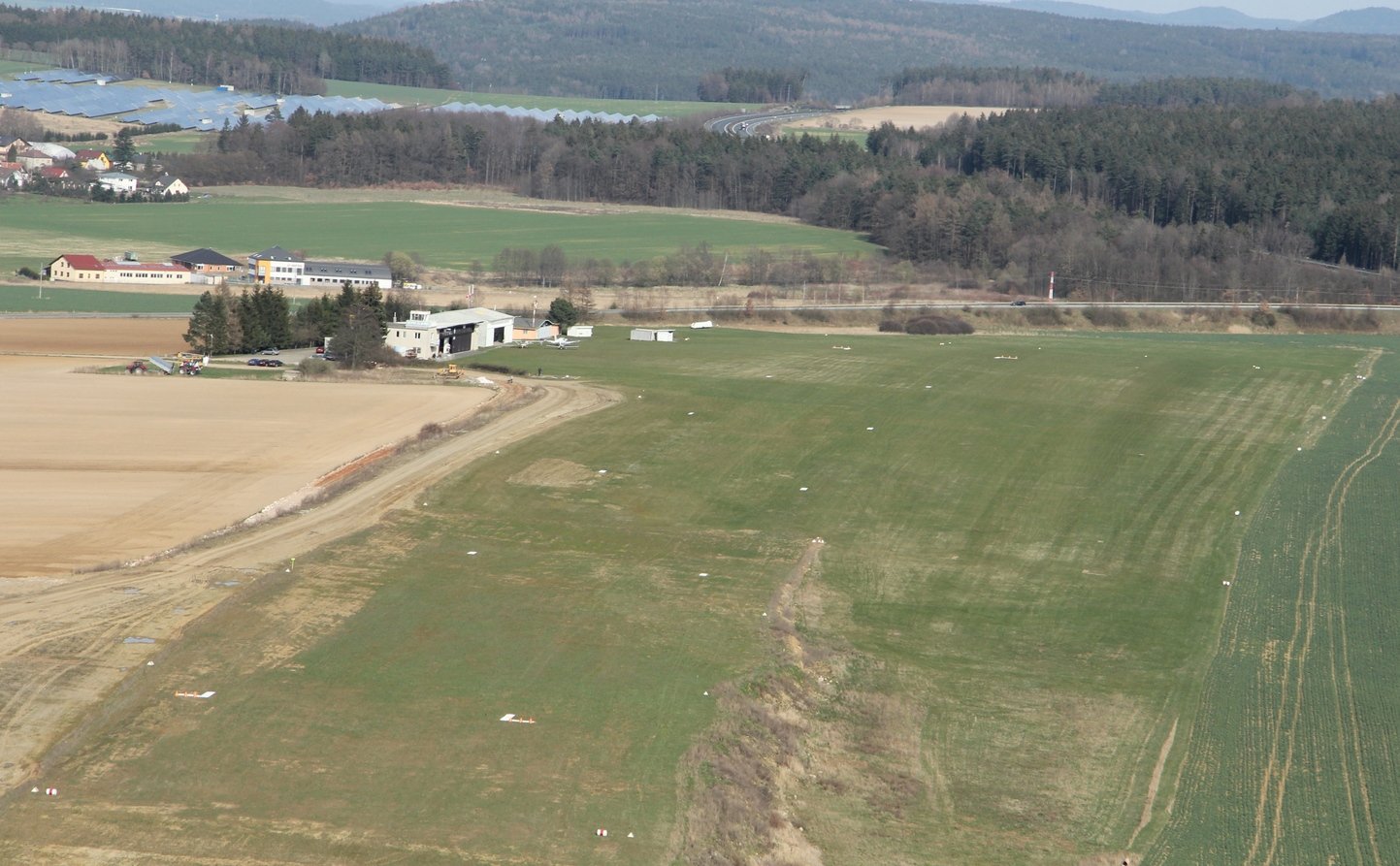 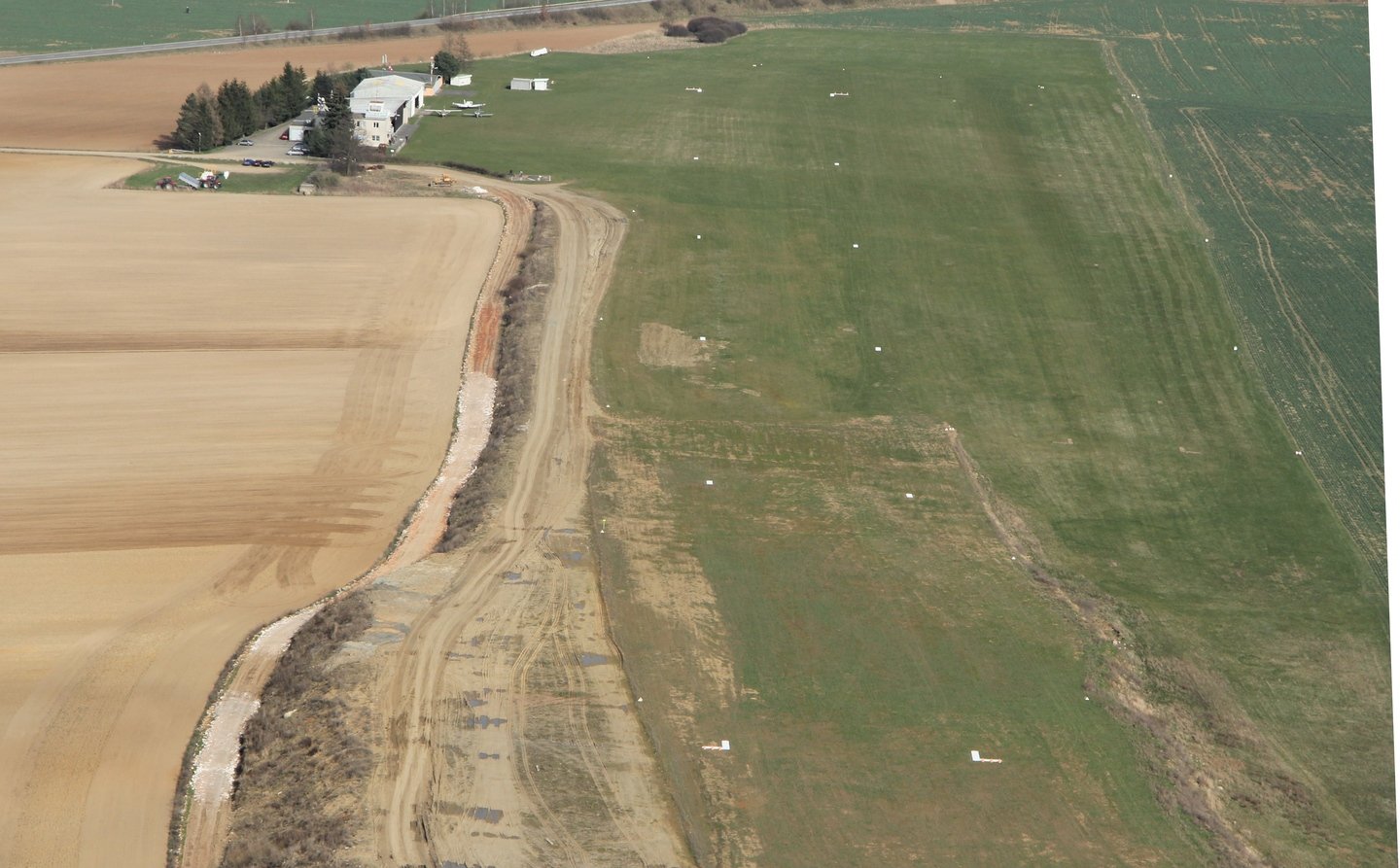 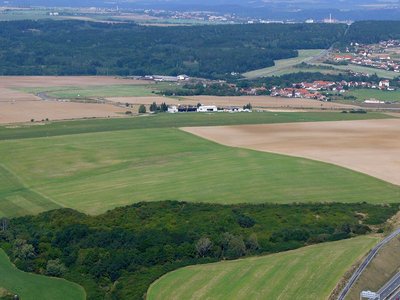 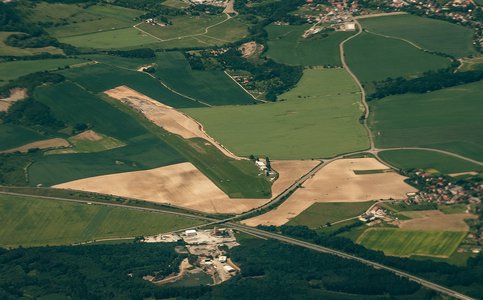